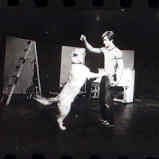 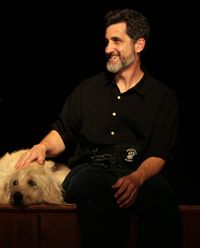 Bill Berloni was a 20-year-old apprentice at the Goodspeed Opera House when a producer offered him his big break: a chance to act professionally and gain his Equity Card. In return, all Bill had to do was find and train a dog to play Sandy in the original production of Annie.

What Bill didn’t know was that this was a bigger challenge than it seemed. Animal performances in movies or television can be stitched together using different takes, different camera angles, even different animals. To perform in a featured role, an animal actor would have to be trained to ignore the distraction of the audience and respond to the same cues the same way night-after-night, just like his human counterparts. It had never been done before.

Bill BerloniBill found his dog at a local animal shelter – beginning his career-long commitment to using rescued animals. Through a combination of persistence, patience and trial-and-error, he developed his revolutionary humane training techniques – learning how to teach actor and animal alike to create a successful performance. Annie became a huge hit and Sandy became “the longest running dog on Broadway,” never missing a performance in more than seven years.

Since then, Bill and his handlers have provided animals of all species and sizes, found in shelters, humane societies or rescue leagues, for Broadway, off-Broadway, national tours, regional theatres, special events, the New York City Ballet, motion pictures, television and commercials. When their careers are over, the animals return to Bill’s Connecticut farm.

Bill is widely recognized as an expert in animal behavior and for his dedication to rescue work. In addition to his work as a trainer, Bill is currently behavior consultant to the Humane Society of New York. He has a BFA in theatre, and is a published author and actor.

Check out our books!

Everything from raising money for your charity to simply entertaining, Bill is available for speaking engagements!